Everything You Need to Know About Reddit’s Blockchain Community Points

The Front Page of the Internet is using Ethereum for a pilot program of its new reputation system. Here’s what it means for Redditors and for mainstream blockchain adoption.
by Coogan BrennanMay 28, 2020
Posted on May 28, 2020 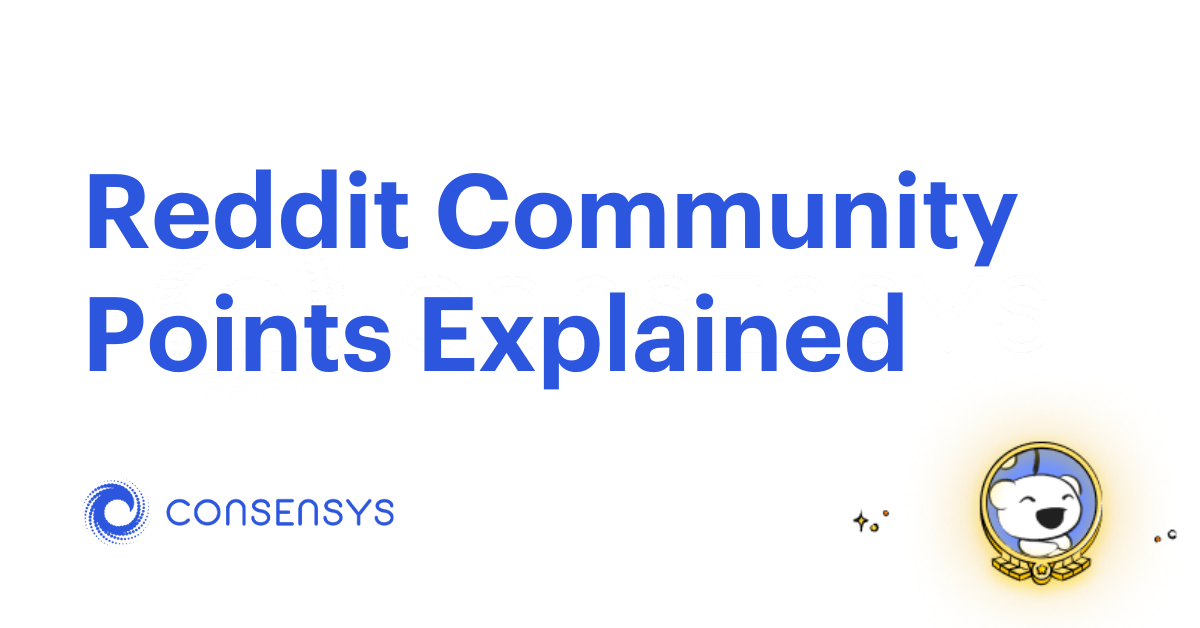 A few weeks ago, Reddit announced a new pilot program built on Ethereum. It’s great news for adoption and we wanted to dig in a bit more into the background…

Reddit is a collection of discussion boards (called subreddits) on various topics where members can upvote or downvote posts. It has an enormous (and devoted) userbase with 430 million monthly active users and 150 million pages visited each day. Reddit proclaims itself to be “The Front Page of the Internet” and it’s kinda true: viral videos and stories that you read on Buzzfeed or see syndicated on local news often come from Reddit.

Along with its massive popularity and influence, it’s important to understand Reddit’s reputation system for its users, called Karma. When you submit a post and it gets a bunch of upvotes, you get more Karma points. When your post gets downvoted, you get less. Karma is a coveted metric as it can increase the number of people who see your posts. It’s also a point of pride for users. More Karma means you’ve used Reddit for a while and people support your posts.

What Are Community Points?

Earlier this month, Reddit announced they were launching a pilot program called Community Points. Community Points, in the words of Reddit, allow users to “earn Points by contributing to the community, for example by submitting quality posts and comments.”

Why Are Community Points on the Blockchain?

Alexis Ohanian, husband of Serena Williams and cofounder of Reddit, is a believer in cryptocurrencies and blockchain networks. His venture capital firm was one of the first backers of Coinbase, now one of the most popular cryptocurrency products. He’s a consistent supporter and cheerleader for cryptocurrencies.

The explainer for the Community Points program describes the current landscape of the internet as being a far cry from the “free frontier” it was when it first started.

It goes on to describe the consolidation of the Internet into walled platforms, which trapped users and limited possibility.

Last, it talks about the potential for users to reclaim their “ownership of the frontier,” presumably through blockchain networks.

For now, it seems Reddit is hoping to push blockchain adoption by acting as a mainstream onboarding tool between its enormous audience and the Ethereum blockchain.

A user’s Community Points are stored in a “Vault,” which is only available on the Reddit mobile app. The Vault contains a user’s private and public keys used to claim, trade or spend tokens on the Ethereum network. Moons and Bricks are distributed monthly based on a user’s participation on the subreddit and will show up in the Vault. Users can use Reddit’s Vault feature or send their tokens to an Ethereum wallet.

Why Is This a Big Deal?

Blockchain has still not reached mainstream adoption and Reddit’s program exposes blockchain to a larger audience. Reddit not only has a large user base, but it also holds real cultural cache due to its unique position on the Internet. The fact that they are using blockchain and Ethereum is really exciting.

Reddit has also created a solid onboarding experience for its users by walking them through setting up a Vault and integrating blockchain directly with two popular subreddits. They’re using a process called meta-transactions (which you can learn more about here) to help facilitate the sometimes-tricky process of submitting Ethereum transactions.

Reddit is also doing this with (at least partly) the idealistic intention of helping to build the broader blockchain and internet community. Identifying Ethereum as the best place to leverage these intentions is a great vote of confidence for both blockchain and Ethereum.

There have been a couple really interesting learnings already:

This is an excellent development for public blockchains generally and Ethereum specifically. It’s a great use case from a company with an enormous audience. They’re using their technical knowledge to engineer easy onboarding to Ethereum. The possible crossover with FortNite would be phenomenal. The entire project is—to put it in a language Redditors would understand—amaze-balls.

We can’t wait to see what happens next.