Tachyon is now accepting applications for their fall accelerator, which is co-supported by Protocol Labs and focusing on the adoption of IPFS and Filecoin.
by ConsenSysJuly 30, 2020
Posted on July 30, 2020 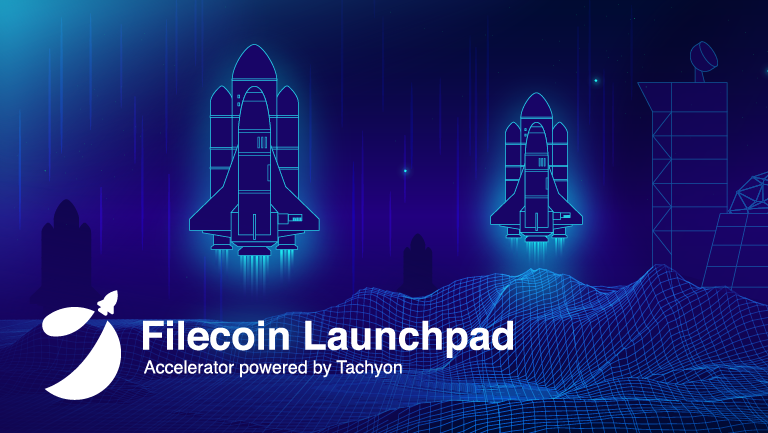 New York, NY, July 30, 2020  — Today ConsenSys Labs announced that applications are open for the Filecoin Launchpad Accelerator, Powered by Tachyon. This cohort will be focused on startups building more open, interoperable, and programmable tools, infrastructure, and applications for the distributed web through IPFS and Filecoin.

Throughout Fall 2020, between 15 and 20 teams will be provided twelve weeks of funding, mentorship, benefits, and programming around business and blockchain-specific issues, culminating in a Demo Day and post-program fundraising support. Teams leverage access to the ConsenSys and Protocol Labs networks and expertise, ranging from entrepreneurs and legal advisors to pathbreaking technical researchers. Each team will receive $80,000 USD in funding. Teams can apply here, and applications close on August 21st.

ConsenSys Labs’ Tachyon accelerator will be unique this year in that it will be co-supported by Protocol Labs. Launched in 2014, Protocol Labs is an open-source research, development, and deployment laboratory whose projects include InterPlanetary File System (IPFS), Filecoin, libp2p, and many more. At its simplest, IPFS’ goal is a fully distributed web, where applications don’t live in centralized servers, but operate over a network made up of users’ computers. IPFS aims to create a resilient, upgradable, open network to foster a more sustainable and accessible web infrastructure for all of humanity. Instead of trying to find content by who is hosting it, users search for the content itself. This means both faster and cheaper retrieval of data, no more reliance on centralized servers, and even an ability to access the web while offline.

The economic incentive layer for IPFS is a network token called Filecoin (FIL), which rewards miners to compete to properly store encrypted data on the Filecoin network. Since its crowdsale in 2017, Protocol Labs has been hard at work maturing the protocol and building toward its upcoming launch.  Filecoin’s testnet already contains 25 PiB of storage, thousands of data storage providers, dozens of applications building on the protocol, and over 1,350 open source software contributors. Filecoin’s incentivized testnet officially launches the week of August 3rd, 2020, with the Filecoin public mainnet expected to launch in Q3 2020.

The Filecoin Launchpad, powered by Tachyon will provide funding, one-on-one mentorship, and programming to accelerate the adoption of Filecoin within the Ethereum and DeFi ecosystems, and attract current web developers looking to integrate with an efficiently priced and geographically distributed storage network.

This partnership between ConsenSys Labs and Protocol Labs builds upon years of collaboration and synergy between the Ethereum and IPFS ecosystems. The teams share many common goals for the decentralized protocol ecosystem and the distributed Web: to construct more secure and resilient global digital networks, return data control to users, and build a more open, sustainable, and accessible Web. The launch of Filecoin will accelerate collaboration and offer new opportunities for shared use cases; this accelerator will help serve as a launchpad for more convergence between decentralized protocols and networks.

Protocol Labs is an open-source R&D lab that builds protocols, tools, and services to radically improve the internet. Protocol Labs’ projects include IPFS, Filecoin, libp2p, and more — which serve thousands of organizations and millions of people. The Filecoin Project is a decentralized storage network with the mission of creating a decentralized, efficient, and robust foundation for humanity’s information.

ConsenSys Labs is an investment manager with a portfolio of more than 78 companies in 22 countries. ConsenSys Labs invests in exceptional teams across three tiers: Tachyon, an accelerator for early-stage blockchain startups; Relays, distributed hackathons for entrepreneurs and founder development; and a venture team which focuses on early stage investment opportunities in decentralized protocols, infrastructure and applications.