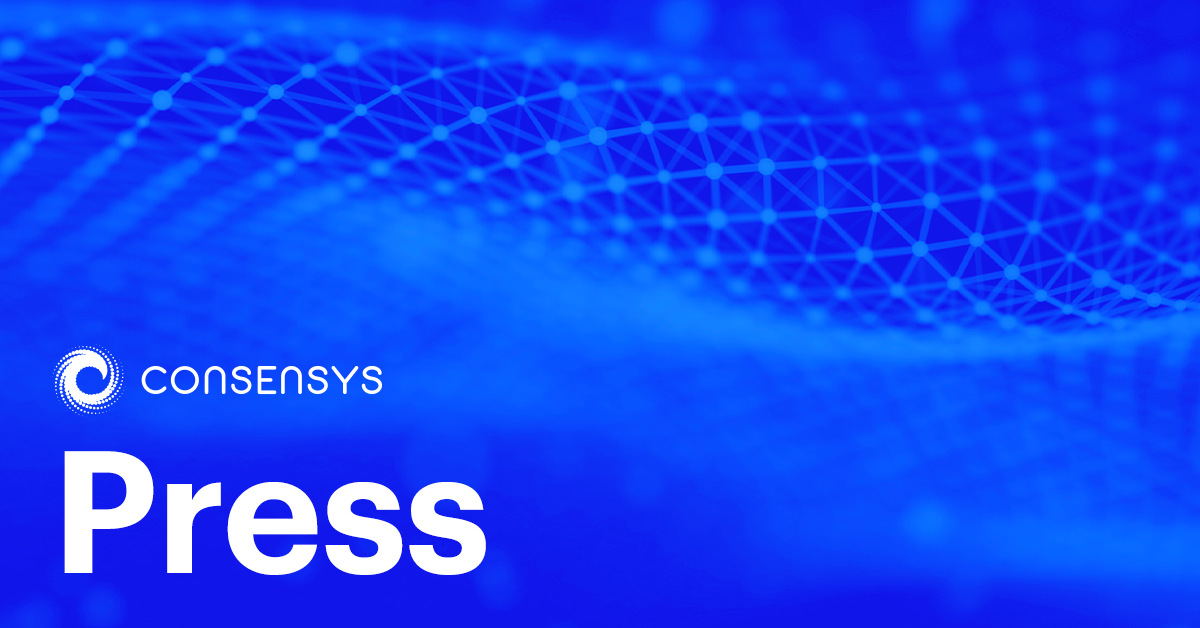 Washington, DC — Today, on the opening day of the International Astronautical Congress, ConsenSys founder and Ethereum co-founder Joseph Lubin announced ConsenSys Space alongside Chris Lewicki and Brian Israel, co-founders of ConsenSys Space and the former CEO and General Counsel of Planetary Resources respectively, which was acquired by ConsenSys last October. At a launch event attended by space industry leaders, government officials, and scholars from around the world,  Lubin, Lewicki and Israel shared the mission and vision of ConsenSys Space, and unveiled TruSat, an open source, citizen-powered space sustainability system.

As our societal dependence on space technologies grows, so grows the number of satellites in orbit, and the urgency of addressing the long-term sustainability of the space environment.

Amid projections of a ten-to-twenty-five-fold increase in the number of satellites in low Earth orbit, avoiding collisions between satellites is essential to space sustainability. Across the world, enlightened satellite operators, governments, and NGOs are working to define guidelines, best practices, and standards for sustainable orbital operations.  Translating these efforts into sustainable outcomes, however, will require enhanced transparency, predictability, and accountability for orbital operations.

In a bold step toward transparency, predictability, and accountability in orbit, ConsenSys Space introduced TruSat as a platform-led initiative with its partners, the Secure World Foundation, Professor Moriba Jah of the University of Texas at Austin, and the Society of Women in Space Exploration (SWISE).

TruSat is an experimental open source, open-sensor system for creating a globally-accessible, trusted record of satellite orbital positions. TruSat is primarily designed to enable the assessment of satellite operations in the context of space sustainability standards, but may well illuminate new solutions to broader space traffic management challenges.

“Defining what constitutes sustainable orbital operations in a measurable, verifiable way is vital,” said Dr. Peter Martinez, Executive Director of the Secure World Foundation, who previously chaired the United Nations Committee on the Peaceful Uses of Outer Space (COPUOS)’s Working Group that produced the Guidelines for the Long-term Sustainability of Outer Space Activities.  “But rules of the road are only half of the equation. Transparency about who is following the rules, and the accountability it engenders, is the other half.”

“Consider how adherence to rules of the road varies when no one is watching—on a deserted highway in the middle of the night, versus when there is a conspicuous speed camera or police car,” reasoned Professor Jah, an astrodynamicist and creator of the ASTRIAGraph system for space traffic monitoring. “The deterrent effect of both space laws and standards will be greatly enhanced by a global public eyewitness capability.  Our goal? Nihil arcanum est (nothing hides).”

The few governments that track satellites do so primarily for national security purposes and only share a limited subset of that data with the public.  Data controlled by a single government is not well-suited for independent assessment of space sustainability practices, whose legitimacy rests on trust by a multinational set of stakeholders.  “We must eliminate the possibility of any single source of information to bias or uniquely determine our conclusions and opinions about what and how objects behave in space,” added Professor Jah.  “And governments don’t share the underlying sensor data or algorithms that would enable consumers of the data to draw their own conclusions. Evidence, at its strongest, must allow for independently corroborated conclusions.”

TruSat is designed to crowdsource and verify data about the orbital positions of satellites, enabling free access to globally-trusted information that can be used to measure orbital conduct against emerging sustainability standards. TruSat’s open-sensor architecture will accept visual satellite observation data from any individual or organization—from citizen satellite observers with binoculars and a smartphone app to university observatories—and autonomously assemble observations of a satellite from multiple points around Earth into an orbit prediction.

TruSat’s decentralized, autonomous architecture is engineered for trust by placing its data beyond the control of any institution.  In place of an institutional arbiter between sensor data and orbit predictions, TruSat substitutes transparent, verifiable algorithms, which automate the process of determining and refining orbits.  Unlike existing sources of orbital location data, the entirety of the algorithms that translate individual observations of a satellite into an orbit prediction with a confidence assessment are transparent, allowing any orbit prediction to be independently assessed.

“Designing a system that is at once open, autonomous, and resistant to malicious and erroneous inputs presents considerable engineering challenges,” according to ConsenSys Space Co-Founder Chris Lewicki, an aerospace systems engineer who led the system’s design.  “A big part of what makes this possible—what allows users to have confidence that neither the algorithms nor the output have been tampered with—is the Ethereum blockchain technology integrated throughout our roadmap.”

“We have barely scratched the surface of what Web3 technology will enable in this system,” added Lewicki.  “Right now, the system depends on the intrinsic motivations of satellite observers to participate. As we progress along our Web3 technology roadmap, we will be able to introduce extrinsic incentives to contribute to the system.”

Version 0.1 of the TruSat software, released today at www.TruSat.org, is a feature-limited engineering prototype for validation of the core software engine for autonomously fitting an orbit from observations of a satellite from multiple points on Earth.  “This first release is primarily for testing by the dedicated community of hobbyists already active in tracking satellites, “ explained Lewicki.

The software powering TruSat is released under an open source license.  “We developed this prototype in-house, but progressing from a prototype to TruSat’s full potential will depend on the creative contributions of an active open source community,” explained Lewicki.  “To catalyze developer and space enthusiasts to participation in building out TruSat’s software roadmap, ConsenSys Space will host hackathons and post bounties in the months ahead.”

Among the priorities in the TruSat roadmap are features that ease the process of making and reporting satellite observations, empowering a diverse range of people to participate, and allowing the system to scale.  The roadmap likewise contemplates a progressive decentralization of the system and its governance, enabled by a migration to the Ethereum mainnet.

TruSat’s autonomous, decentralized trust architecture is not its only experimental element.  “Our decision to build citizen satellite observers into the system is part of a larger set of experiments exploring the potential of Ethereum technology to enable bottom-up, collective action on an unprecedented scale,” explained ConsenSys Space Co-Founder Brian Israel.

Israel spent much of his career as a State Department lawyer forging international cooperation to address global challenges, from governing the space domain to mitigating climate change. “At the intergovernmental level, the ambition of cooperative solutions tends to be constrained to the political will of the of the least ambitious government involved.  That leaves many concerned citizens disenfranchised, and their contributions on the table. What if my individual will to be part of the solution is higher than my government’s?  What can I do?”

Adds Israel, “Ethereum technology offers new tools for individuals who want to be a part of the solution to organize, across borders, and to pool their resources into solutions on a scale only governments have managed. At least in theory. TruSat is our first experiment in putting this theory into practice.”

If SWISE’s experience is any indication, the demand for opportunities to be involved in space endeavors is strong and distributed far from the traditional centers of space activities.  Founded in January of 2019, SWISE has grown to 43 chapters in the U.S. and four international chapters. “One attribute of TruSat that will create opportunities for people not generally represented in space endeavors is that observing satellites favors relatively rural, less-developed locales where light pollution is lower.  That turns the traditional opportunity structure of the space industry on its head,” said SWISE Founder Bianca Vasquez.

Placing TruSat in the context of the broader mission and vision of ConsenSys Space, Joseph Lubin said, “ConsenSys  believes that enabling large-scale, global collective action is among the most transformative potential applications of Ethereum blockchain technology, and is investing in solving space-related  collective action challenges as R&D to accelerate the realization of this potential.” Added Lubin, “What could we achieve if we could harness the ideas and talents of every person wishing to contribute to space endeavors?  We intend to find out. That’s why ConsenSys Space exists.”

About Secure World Foundation
Secure World Foundation (SWF) is a private operating foundation that works with governments, industry, international organizations, and civil society to develop and promote ideas and actions for international collaboration that achieve the secure, sustainable, and peaceful uses of outer space for socioeconomic and environmental benefits on Earth.

About the University of Texas at Austin, Oden Institute’s Computational Astronautical Sciences and Technologies (CAST) group
The mission of the Oden Institute’s Computational Astronautical Sciences and Technologies (a.k.a. The CAST) group is to assemble and lead the world’s top transdisciplinary science and technology research and development talent and focus it to solve problems in (a) astrodynamics, (b) space environment, (c) space propulsion, (d) satellite guidance, navigation, and control, and (e) spacecraft systems and design which require or substantially benefit from high performance computing and computational science capabilities. The CAST’s intellectual core is at the intersection of astronautics, statistics and data science, computer science, and computational engineering.

About Society of Women in Space Exploration
The Society of Women in Space Exploration (SWISE) promotes women, diversity and inclusion in space exploration. Founded in January of 2019, the society has expanded throughout the country and internationally as well. Students become involved by creating a chapter at their university or joining an already existing one, to come together and network, educate, and grow in a supportive community with one common interest- space!

For media inquiries, please reach out to [email protected]