The State of the Ethereum Network – July 2019 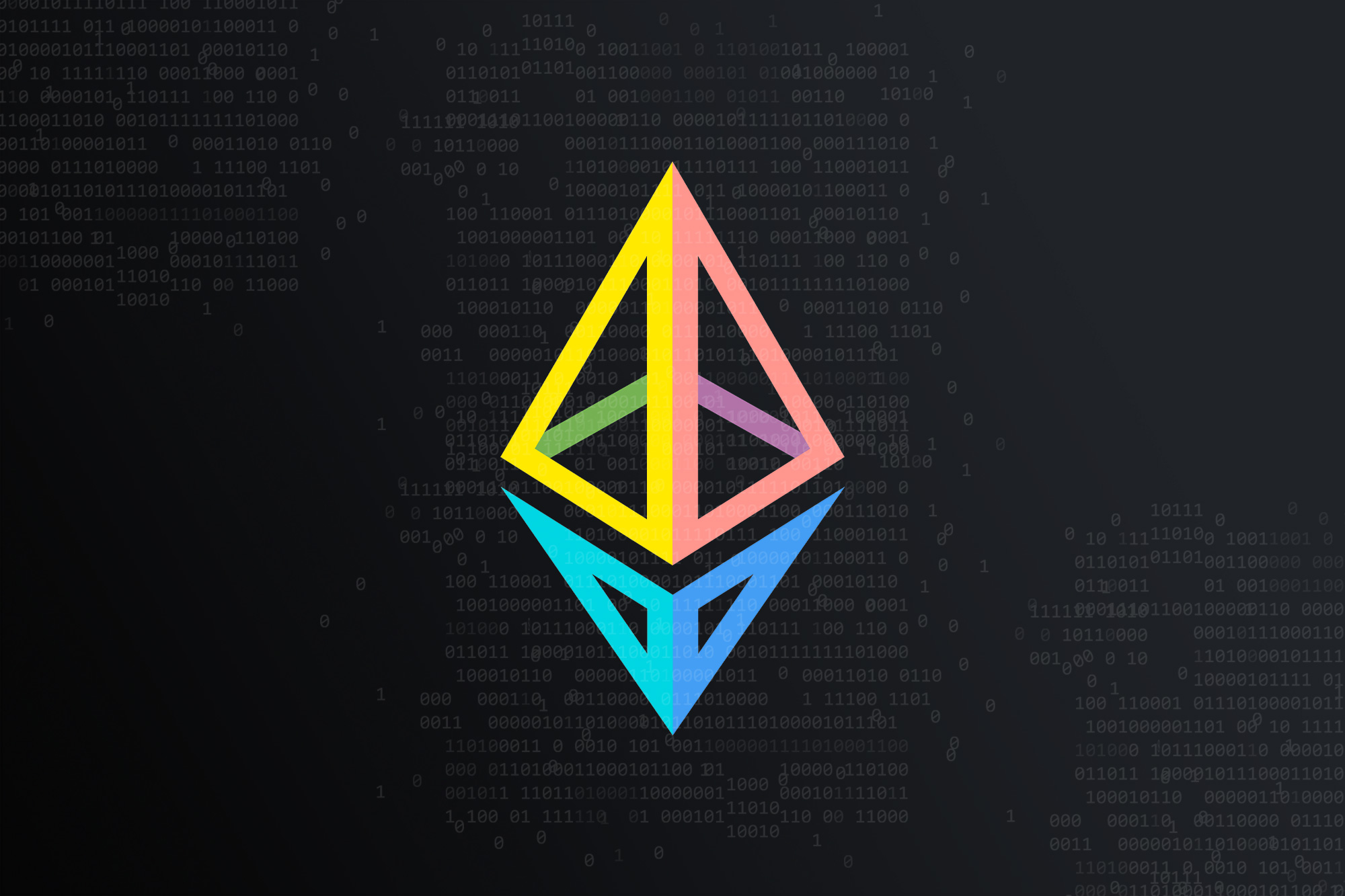 For the most part, the blockchain ecosystem ended last year licking its wounds after a spectacular fall from all-time 2018 crypto highs. The conversation around the much-discussed bear market has slowly given way to the acknowledgment that, despite still-volatile market prices, the friction of industry-wide activity has thawed crypto-winter, revealing a strong, stable, and growing ecosystem. For Ethereum in particular, 2019 has been a whirlwind of activity, interest, and improvement.

On June 1st, there were 616,000 active addresses transacting on the network — the busiest in 2019. With a total ether supply of 106 million, that is an average of 2.28 ETH per address. Excluding the top 500 addresses by ETH ownership (which account for 37% of the total supply), the average ETH holding per address is 1.43 ETH.

In February, the Ethereum network underwent the Constantinople upgrade, a planned hard fork to improve the network and bring it closer towards the multi-phase Serenity update that will include (amongst other things) the switch to proof of stake. The Constantinople update included a total of 5 Ethereum Improvement Proposals. Notably, EIP 1234 reduced the block reward from 3 ETH to 2 ETH, a development known as “The Thirdening.”

Enterprises have been at the forefront of blockchain adoption among traditional institutions. Through investments, innovation, PoCs, and partnerships, large companies have been helping push the envelope forward and cast a light on the opportunities of decentralized technologies. So far in 2019, we have seen a major theme of privacy among enterprise activity.

The announcement of Libra — rife with its own ideological, regulatory, and technical considerations — is filled with odes to user data privacy. ConsenSys-backed PegaSys’ release of Pantheon 1.1 in April introduced Trusted Compute and privacy component called Orion specifically to address enterprise concerns around privacy on Ethereum. In May, EY released a set of standards and protocols to improve private transaction execution on the Ethereum public blockchain. Released as open-source on Github, the project — named Nightfall — strives to allow any ERC-20 or ERC-721 transaction to be executed with “complete privacy.”

Consultancies and research firms have affirmed the rapid exploration of blockchain by enterprises. A June report from Gartner estimates blockchain will add $176 billion in value to businesses by 2025 and $3.1 trillion by 2030. Of that $3.1T, Gartner estimates just shy of $1T will come from inter- and intra-company improvements and opportunities.

Deloitte’s report at the end of 2018 summarized the interviews from 1,000 blockchain-minded enterprise executives about their plans for 2019 and beyond. 95% say their companies plan to invest in blockchain technology in 2019. Nearly 40% plan to invest over $5 million. 84% believe blockchain is eventually scalable and will achieve mainstream adoption, despite 39% view the technology as currently ‘overhyped.’ Automotive, oil & gas, and life sciences executives are most bullish on blockchain, followed closely by financial services.

Overall, the trend is that executives are moving forward cautiously but deliberately to explore the opportunities provided by decentralized technologies. An example of this is investment banking giant Goldman Sachs quietly posting a job listing to attract a Digital Asset Project Manager to their in-house incubator program.

At the moment, Europe is leading the charge with 29 out of 44 European countries signing as members to the European Blockchain Partnership and will cooperate in the establishment of a European Blockchain Services Infrastructure (ESBI). Several governments worldwide have blockchain-based initiatives underway to explore country-specific use cases: Georgia has a project underway utilizing blockchain to streamline land registry frameworks, the Chinese city of Changzhou partnered with Alibaba to examine the potential of securing healthcare data with blockchain, and the Australian government leverages blockchain capabilities to provide provenance around one of its critical export goods, sugar.

The United States of America is making wide steps to define regulations and implement laws that will permit blockchain exploration. For example, Wyoming governor signed into law HB0070 in February of 2019 authorizing the Secretary of State to develop and implement a blockchain-based filing system for business entities and commercial filings. In March of 2019, South Dakota governor signed HB1196 to provide a definition of blockchain technology for certain purposes. Arkansas signed a bill (HB 1944) which states that contracts that contain smart contract terms relating to a transaction shouldn’t be denied legal effect, validity, or enforceability.

Typically, the public sector is slow to innovate. Expect more governments to publicly acknowledge that they are exploring blockchain projects in the future.

VCs Are Doubling Down

Despite volatile crypto prices, VC money has not stopped flowing to the projects and dev teams building some of the more exciting decentralized applications. In April, Reuters reported that VCs had invested shy of $1 billion in blockchain startups [$850 million], setting the ecosystem on track to surpass 2018’s record of $2.4 billion in VC investment. In 2018, the record amount came from 117 deals, whereas April’s $850 million amount came from just 13 deals, revealing larger investments per deal and suggesting greater comfort among VCs with blockchain technology.

The report indicated that investment is not going into cryptocurrency or tokens directly, suggesting continued hesitation from VCs to actually dive into the trading market itself. We may continue to see such risky investment remain in the realm of individual traders and high-risk private funds in the near future. Instead, VC money is going to the projects and teams that are supporting the growth of the ecosystem. Namely, tokenization is mentioned by Reuters as a primary interest of VCs with respect to the potential of decentralized technologies.

Electric Capital released a Dev Report in March 2019 that traces where developers are building across the crypto ecosystem. To date, Ethereum has the highest number of developers working on core protocol, with Bitcoin and Cardano in second and third place.

The Truffle Suite provides a powerful suite of tools for developing dApps and smart contracts from the ideation stage to shipment. Truffle, a development environment and, testing framework just surpassed 2 million lifetime downloads since its inception in May 2015. Ganache, Truffle’s second product is a personal blockchain for Ethereum development used to deploy contracts, develop apps, and run tests has 1,227,844 downloads since its release in October 2017, with 79,546 downloaded in June 2019.

From the earliest days of blockchain, the community has been in the race for the “killer dapp” that would explode into global utility and prove one protocol’s worthiness over another. For the most part, that mindset has subsided. Few protocols are prepared to scale globally — and neither, therefore, are its dapps. Rather, the dapp industry has evolved into a constellation of both early and more-established projects, all of which are drilling down on their use cases to address the greatest needs, execute the best UX, and maintain the most security. Broadly speaking, finance dapps (including exchanges, DeFi, and marketplaces) have emerged as the most significant focus of dapp developers in the past year.

Of the top 50 dapps as ranked by State of the Dapps (the ranking algorithm for which is based on a “multiple factors including active users, tx volume, dev activity, profile freshness and strength, CTRs, and user recommendations”), 29 of them are built on Ethereum. When we look at use case-specific dapps, Ethereum’s prominence is cast into focus:

Perhaps most enlightening, of the top 50 dapps with the most developer activity across all categories and all platforms, 44 of them (88%) are built on Ethereum; just one statistic demonstrating that Ethereum still has the most robust developer community.

The rest of 2019 is not likely to slow down for Ethereum. In recent weeks, the crypto market has broken out of stagnation and revitalized the interest of retail and institutional investors alike. For the protocol itself, 2019 holds in store the Istanbul hard fork, projected in October 2019. The Istanbul hard fork includes 11 proposed improvements to the Ethereum blockchain and is the last hard fork before the projected release of Serenity Phase 0. Scheduled for early 2020, Serenity will no doubt be the talk of the Ethereum and blockchain community in the second half of 2019, as the core developers and wider ecosystem alike turn an eye towards the implementation of Proof of Stake and the promise of scalability.

***
Want the latest Ethereum news and analysis straight to your inbox?