“I’m Stunned by the Progress“: 13 Blockchain Statements from Joe Lubin 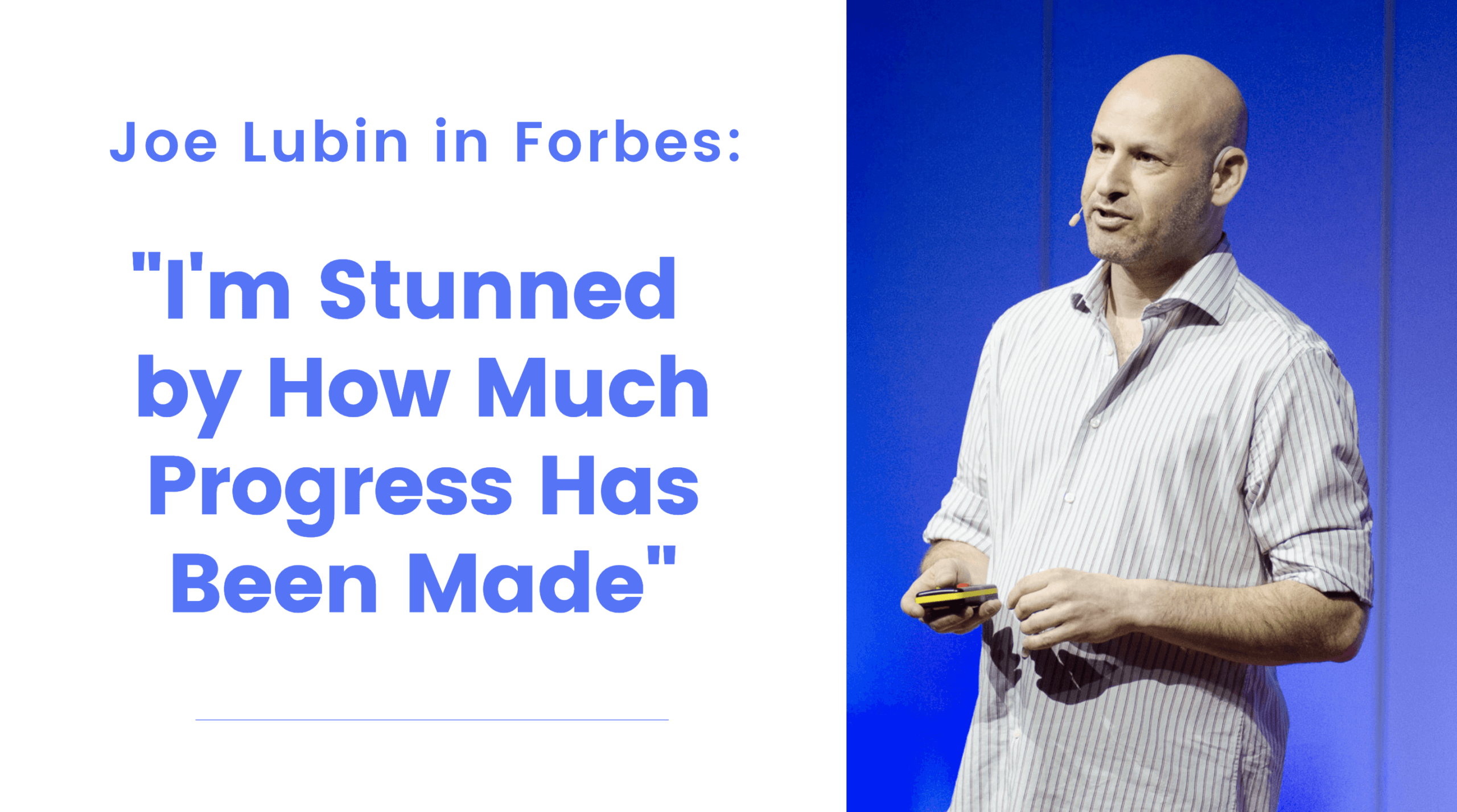 Forbes journalist Michael del Castillo recently interviewed ConsenSys Founder Joe Lubin on a wide range of subjects relating to blockchain and geopolitics as Ethereum 2.0 comes into view. With Ethereum’s Istanbul fork scheduled for December 4th, the tribulations of Facebook’s Libra ongoing, and the Chinese government’s emergent plans to incorporate blockchain and digital currency all taking place under the looming spectre of a global techno-economic shift, signs are evident that the landscape in both the blockchain industry and the wider world is on the verge of change.

Although the entire Q+A is surely worth reading on Forbes, we picked out highlight quotes that offer insight on the state of development on Ethereum 2.0 and blockchain in general, how decentralized technologies will interact with other emergent technology to shape the world of tomorrow, and what China’s recent actions indicate for the world economy of the not-too-distant future.

Here are 13 Quotes on Blockchain from Joe Lubin in Forbes…

“Ethereum 2.0 will be composed of three major phases: phase zero (the beacon chain), phase one where you hang 1,024 different shards off the beacon chain [this will allow transactions to settle in groups instead of on the entire Ethereum blockchain], and phase two where you turn those shards into not just storage but execution environments, just like the smart contract machine systems on Ethereum 1.0. Phase zero and phase one are not driven by user or developer experience. It’s a bunch of incredibly smart people solving very deep, distributed computing issues. Phase two is very much driven by developer experience.”

“[Blockchain] is a Frankenstein monster, just like the internet and the Web are Frankenstein monsters. It’ll be built through merit, through lots of different really talented people exploring the solutions base, openly collaborating—not 100% openly—but collaborating a lot. And the best there won’t be one best technology because there will be different technologies that are suited to different use cases. It’s moving fast and if you read or are aware of the cathedral in the bazaar, it’s not being built in a top down, control-like fashion. That wouldn’t be as effective as a whole lot of brilliant ants scurrying around and getting collective work done.”

On Ethereum Scaling and Blockchain Growth:

“We started with the toughest thing—the public permissionless blockchain, where anybody could attach byzantine environments. We solved that problem in effectively a not very scalable way, but it’s turning out to be remarkably scalable because we can build interesting solutions at layer two. This basic trust foundation so revolutionized trust on the planet, from subjective trust to automated trust, and guaranteed execution of agreements or objective trust upon that layer, that we’re now building what looks like the financial plumbing for the emerging decentralized economy.”

“I’m kind of a stunned by how much progress has been made in such a short time. If you look at all the previous massive societal revolutions—mobile phones, the internet itself, the Web, cars, electricity—they all took a lot longer. We’re not really ten years into the decentralized Web revolution or evolution—we’re more like five years into it. Because bitcoin was a very narrow implementation and smart contracts were really invented about five years ago. And so it’s astonishing how many big companies, startups and just people care and think it’s going to be important.”

On The Future, Tech, and Geopolitics:

“[5G is] really important. We’re looking into decentralized bandwidth. There’s Wi-Fi Aware, which is a technology that can enable us to link our phones to one another without anybody being able to shut down over pretty sizable distances now. Blockchain networks and tokenization will enable us to build those networks and enable us to share resources and pay each other with different tokens.”

“It depends how focused places like China are on controlling its digital borders… It may get more interesting as we have these satellite constellations—OneWeb, SpaceX and a couple others—and as we can do mesh networking, across borders, potentially. Ultimately, I feel like the ideas are so powerful. Essentially the internet woke up so much of the world by just enabling free access to information. I think it’s been complicated, but very largely positive for the planet.”

“Ultimately, unless everybody owns decent amounts of the infrastructure on which they live their lives, things will be unstable. So if we can build a society maybe in the Western world where it’s an ownership society, a stakeholdership society—and proof of stake is interesting, because we will be holding all these tokens that power the networks we live our lives on. You’re going to have to erect some pretty opaque, tall walls to keep that promise out. And unstable societies where a broad swath of the population isn’t benefitting probably won’t last.”

“I assume [China’s rumored cryptocurrency] is going to be exactly what Chinese leadership thinks is most beneficial to Chinese leadership. Hopefully that’s also open and we can interoperate with it, but I don’t know. The country could do the calculation and decide there needs to be a firewall around it, or it could do the calculation and decide, “Hey, this is an incredible vector for destroying the American reserve currency status,” which is probably my guess.”

“In the last year or so it’s become clear that what I’ve been saying for a long time, that our global financial and economic systems are essentially bankrupt, and the central bankers have been kicking the can down the road for a long time, and now that yield curves are flattening we may not have enough dry powder in the central banks to kick the can down the road and this recession could be really problematic. So I’ve been talking about potential cascading collapses if certain contagions happen.”

“What I’ve been paying attention to is the intersection of our ecosystem with the transition from the current economic regime on the planet, and the current monetary regime on the planet, because our monetary systems are end-of-life-ing right now. Facebook’s Libra is an interesting project—not based on who’s going to run it—if it does end up launching. But the idea that we could have cryptocurrency essentially with underlying baskets of currencies or nation-state bonds or commodities—that’s really, really interesting.”

“I don’t mind Libra at all. I don’t think Libra will be implemented because its biggest asset is its biggest liability. Lots of people should be able to sit up there on business blockchain networks with their own currencies. JPMorgan’s doing it, Signature Bank, etc. That’s all good. But linking its 1.3 billion global Facebook citizens through Calibra into all this is pretty scary…And essentially giving Mark Zuckerberg control over monetary politics of lots of small nations is concerning. So I do think that we should have lots of these systems. There should be choice and I think that lots of smaller countries would really benefit from the currency stability and being able to buy stuff frictionlessly across borders.”