Check out the network activity, Ethereum statistics, DeFi analytics, and more facts and figures from the Ethereum blockchain ecosystem throughout 2019.
by ConsenSysDecember 11, 2019
Posted on December 11, 2019 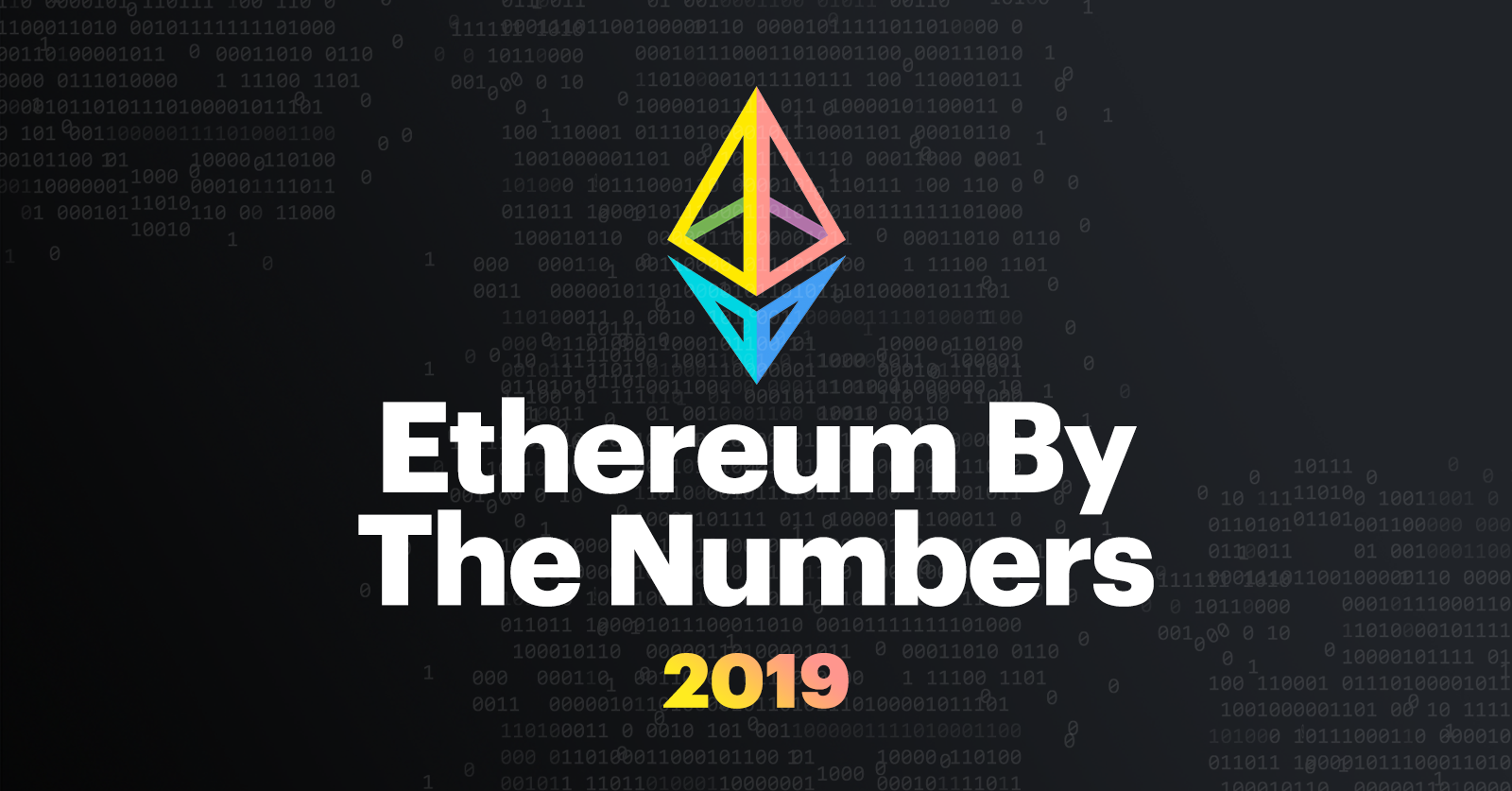 Year over year, the Ethereum ecosystem continues to expand and this year brought a new wave of innovation and blockchain growth. The Ethereum network improved via both network upgrades and increased developer mindshare. DeFi brought hundreds of millions of dollars in value into the Ethereum ecosystem while over 520 new decentralized applications were created throughout the course of the year. Let’s take a minute to analytically reflect on this past year while gaining optimism for the future years to come.

The story of DeFi throughout 2019 is consistently told in the context of the Dai stablecoin which has enabled various new applications.

55 million Dai. Over the course of 2019, Dai eventually hit its Maker governance imposed 100 million Dai limit, which required a vote to increase the supply. The large drop-off at the end of the year shows the migration from single collateral Dai (SAI) to the new and improved multilateral Dai (Dai).

The Maker stability fee–shown in blue above–started the year at 2.5%, peaked in August at 20.5%, before eventually returning to a more modest 3% fee. The annual accrued stability fee totals 1,640,555 Dai.

The amount of ether locked in DeFi increased dramatically over the course of this past year recently surpassing $650 million. Ether has become the go-to collateral asset for defi platforms and applications.

Synthetix, a platform for creating synthetic assets on Ethereum recognized unprecedented growth in 2019 –– with an increase in the total value locked in Synthtix from $1.6 million to over $160 million.