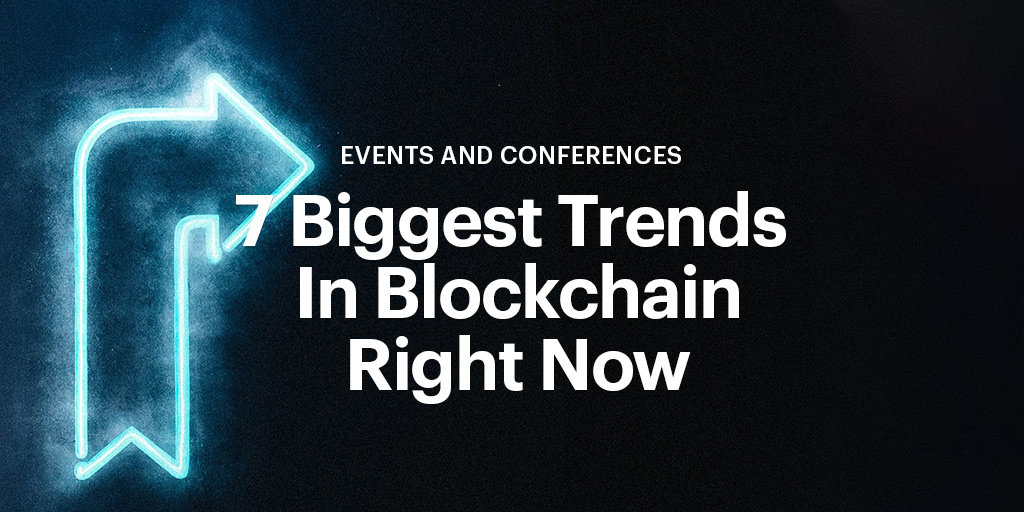 The cryptosphere got another burst of energy this past week as developers, entrepreneurs, enterprise vets, policymakers, artists, and enthusiasts descended on New York City for the third annual Blockchain Week. ConsenSys’ two-day Ethereal Summit kicked off the week at Pioneer Works, a renovated railroad track factory in Red Hook — a fitting venue for the pioneers of Web3 to deliberate and design the future rails of the Internet.

Such a coming-together is a rare event for a movement that is so globally dispersed. No surprise, the week was full of product releases, forecasts, competitive analyses, and more than a few bold claims about the state and future of the blockchain ecosystem. Here are what we see as the biggest trends in blockchain right now.

Web3 will be built by open source devs. But not for free.

Here are some staggering numbers: 78% of companies use open source software, but the OpenSSL Software Foundation — whose transport protocols secure the connection between servers and clients and put that reassuring padlock in your browser bar — operates on a budget of less than $2,000 in donations and under a million dollars of contract revenue per year (source). The lack of incentives in open source development not only burns out even the most benevolent of OS hobbyists, but makes our shared software seriously vulnerable (like the infamous Heartbleed bug that was accidentally introduced into the OpenSSL source code repo a few years ago).

There have been serious efforts in the blockchain space — which was founded on the principle of open protocols — to make open source development economically sustainable for coders. MolochDAO, a crowdsourced funding initiative to support Ethereum infrastructure projects, received a 4,000 ETH donation this past week from Joe Lubin, Vitalik Buterin, various members from ConsenSys, and the Ethereum Foundation. From its ethical advertising platform Codefund to its Patreon-like Grants Program, Gitcoin is one of the most notable and multi-pronged efforts supporting open source maintainers in the blockchain space. Owocki also recently authored EIP 1789, which proposes baking open source funding directly into the Ethereum protocol.

The systems of the future will be antifragile.

Bitcoin was ideated as a means to change the existing financial system which is inefficient, politically irresponsible, and poorly misaligned in terms of incentivizing good behavior. Over ten years later, Bitcoin still exists to counter the poor underpinnings of our monetary and political systems.

One notable sentiment shared by most people attending NY Blockchain Week is the concept of antifragility. This concept was expressed in a book written by the esteemed Nassim Taleb, where he explains “Some things benefit from shocks; they thrive and grow when exposed to volatility, randomness, disorder, and stressors and love adventure, risk, and uncertainty.”

Travis Kling also talked about the fragility of bitcoin and other cryptoassets, stating “This is a hedge against irresponsibility from governments and central bankers…the world is waking up to the value of a hedge against quantitative easing.”

Caitlin Long, a member of the Wyoming Blockchain Task Force, even sported an “I am anti-fragility” t-shirt. More meaningfully, she expressed her views about digital assets, stating, “There is no fault tolerance in the digital assets and that’s a feature, not a bug. It would be a shame if the evolution of bitcoin would follow the evolution of the incumbent markets.”

A question we heard more than once over the course of Blockchain Week was, “Are there any mathematicians in the room?” Hard math is what it’s taking to solve Ethereum’s privacy paradox — the challenge of reconciling the blockchain’s transparency (for validating transactions) with the need for data privacy and confidential transactions.

While Ethereum doesn’t sport names like Penn and Teller or Houdini, it does have Aztec, Ernst & Young, PegaSys, and other cutting-edge startups working on zero-knowledge proof technology and building native privacy.

PegaSys provides a comprehensive suite of production-grade offerings that streamlines the process of running an Ethereum client for enterprises. Pantheon implements Orion as a private transaction manager and can also use AZTEC’s efficient zero-knowledge privacy protocol for transacting privately on a permissioned network.

At Ethereal, Tom Pocock, CEO of Aztec discussed how ZK will be accessible in the next fortnight. His presentation also included slides with a thermometer that got hotter the more difficult the math became — it was a cue for people to take their phones out if they were uninterested in the math. It got hot around Boneh Boyen Signatures and Elliptic Curve pairings.

It’s clear that ZK technology will be very useful in banking and finance for private payments and other confidential transactions. Most ZK companies will help create “Lego kits” for individuals and firms to build custom assets for their choosing without knowing about the mathematically complex cryptography that makes the system work.

In 10–20 years time, Tom Pockock even predicted using ZK technology to get a “proof of income” to use at the bank to obtain a mortgage. Regardless of when that actually happens, we think we speak for most saying that we’ll be happy to watch the rabbit pulled out of the hat without actually knowing where it came from.

There’s been steady progress on zero-knowledge proof systems, which are helping protocol engineers solve the problem of checking a proof without reading it. Olivier Bégassat, Applied Researcher at PegaSys, considers the PCP Theorem — which underpins ZK systems — “mindbendingly awesome.”

Decentralized finance is the leading narrative.

#Defi has taken off as one of the most resounding narratives within the crypto ecosystem and is being predominantly driven by Ethereum. Most of the defi use cases are coming from protocols such as Augur, UMA, MakerDAO, Compound, and many others, all of which are built on top of Ethereum.

The Web 3.0 mantra still exists in many individuals vision for the future of crypto, however, open finance has taken the lead as new derivatives markets and lending protocols have emerged on Ethereum. For some individuals, achieving such a goal would be enough. Ryan Selkis, more warmly known as TwoBitIdiot and Founder of cryptoasset research firm Messari, explained his thesis for Ethereum:

Time will tell if Ryan’s thesis holds true, but for now, decentralized finance is a powerful narrative with worthwhile goals that many of the best and brightest are striving towards.

Regulators continue to join the conversation.

At Consensus, U.S.Representative Tom Emmer plans to reintroduce the Safe Harbor for Taxpayers with Forked Assets that would benefit taxpayers who hold cryptocurrency resulting from blockchain network splits, or hard forks. Notably, the bill would prevent the IRS from penalizing unreported crypto assets gained through hard forks until the IRS issues clear guidance on their regulatory treatment.

Caitlin Long was present on many panels throughout the entire week sharing many of her thoughts about crypto regulation. She even pointed out how many double standards exist when examining how regulators treat non-crypto institutions compared to crypto institutions.

Ron Paul also made an appearance to NY blockchain week. The Former Congressman and presidential candidate believe that the call by Rep. Brad Sherman (D-Calif.) to ban cryptocurrency purchases in the U.S. is a terrible idea. 2020 Presidential Candidate, Andrew Yang even made an appearance sharing his viewpoints about cryptoasset regulation, believing that regulators need to clarify their guidelines.

The enterprise blockchain marketplace is open for business.

Enterprise blockchain offerings are going full-stack and providing robust marketplaces that implement solutions for enterprises of every industry. For example, ConsenSys-backed Kaleido launched a new business-to-business (B2B) tech stack during blockchain week that includes various plug and play features, such as asset registry, document store and app-to-app messenger, token issuance, and more. The Kaleido marketplace has over 40 product or service offerings for enterprises to fit their custom business needs.

During blockchain week Microsoft announced a partnership with GE Aviation to trace engine parts as well as the release of a decentralized identity for the web 3.0 world. As more business accept the transformative power of blockchain technology, they’ll look towards the existing players to catch them up to speed and use their existing solutions.

Tokenization is the flagship of blockchain’s blue ocean market.

As we move from ICOs to STOs (security token offerings), the ecosystem is bridging open source technology with regulated capital. This is a positive step toward bringing transparency to the existing financial world. The next wave of financial products, such as derivatives and equity and debt securities, will be the method in which blockchain finally moves beyond payment settlement.

Tokenization as a whole presents blue ocean markets that will create enormous value that will continue to drive the ecosystem forward. Blue ocean markets are new, uncontested market spaces that result in a positive sum game, as opposed to highly competitive red ocean markets that are often zero-sum (someone has to lose for others to win). While the tokenization of securities offers new and exciting opportunities, there still aren’t many tokenized securities. Companies are becoming more comfortable exploring these concepts and we will continue to see tokenized securities throughout 2019 and beyond.