Joe Lubin: Ethereum Will Handle Millions of Transactions Per Second

All the highlights from the SXSW keynote, including insights on ConsenSys token launches, crypto markets, and interoperability.
by ConsenSysMarch 14, 2019
Posted on March 14, 2019 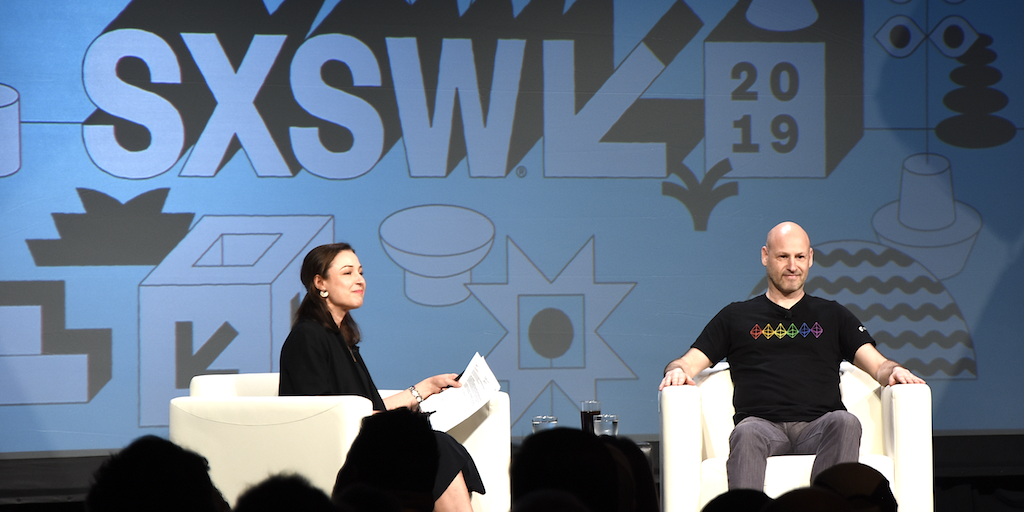 In one of the most hotly anticipated addresses of SXSW Interactive, ConsenSys founder Joe Lubin took the stage today in Austin to offer a waypoint for Ethereum, ConsenSys, and the global blockchain ecosystem alongside the ZigZag podcast’s Manoush Zomorodi. The talk capped off the debut year of the Blockchain & Cryptocurrency track at SXSW Interactive, which featured the world’s leading blockchain startups and tech pioneers charting the course of decentralization.

Even beyond the official track, it became clear at SXSW 2019 that the decentralization movement has grown far beyond the confines of just blockchain a cryptocurrency. Nearly every single track — from Entertainment to Esports, Marketing, Health, Canna-business, and Media — was rife with ideas promoting the disintermediation of agency from centralized forces to revert power back into the hands of creators and individuals.

“ConsenSys has been described as ‘one of the blockchain world’s most ambitious and well-funded startups’ by The Verge,” explained SXSW in advance of the talk. “Yet, Lubin does not appear satisfied with the status quo. ConsenSys continues to invest in promising startups, and the blockchain industry overall continues to grow at a rapid pace. In his SXSW keynote, Lubin will be joined by a special guest for an honest conversation about what lies ahead for ConsenSys, a number of its bold endeavors, and the entire blockchain ecosystem, which at times seems to move faster than the speed of light.”

To a packed auditorium at the Hilton in downtown Austin, Lubin offered a wide-reaching overview touching upon a number of essential issues defining ConsenSys and blockchain in 2019 and beyond alongside Manoush Zomorodi, host of the popular tech podcast ZigZag. No stranger to blockchain, Manoush has been celebrated for her observations, analysis and humanizing take on blockchain and crypto, a world she jumped into head first when her new venture, StableGenius, partnered with ConsenSys-backed Civil, a media platform for sustainable journalism.

Here are some of the highlights…

“The way we operate is in as much of a decentralized fashion as possible. The mesh is all the people, projects, companies that constitute ConsenSys. Our thesis is that with life on planet earth speeding up dramatically, these overlapping exponential technologies make it complicated to operate a company that has a deep hierarchy, and that we should try to find a better way — walk the walk — and try to organize ourselves in a decentralized, flatter way…Some hierarchy is reasonable. What we don’t want is rigid, deep hierarchy.

We’ve been doing our best to have as much autonomy in our teams as possible, we call it the future of work. We’re making our own tools to facilitate the strategy — like Sobol, OpenLaw, and Utopia. We’re not trying to sell our future of work set of tools to Bank of America…yet. We’re trying to dogfood them ourselves, build them out, and think that as the world complexifies, it’ll be a really good way to work. As we and others build tokenization into our company and offer tools to enable others, we think it’s going to catch on.”

On Token Fever and the Future for Tokens

“2017 was pretty extreme, out of control, even. There were lots of great projects, bad projects, and fraudulent projects. There was a notion that you had to have a massive token launch. Perhaps the Ethereum project was responsible for that. The SEC and disappointment have stopped the bad projects and the fraudulent projects, but the good projects are happening. We’re gonna do probably 4 or 5 token launches this year with ConsenSys.”

On Fluctuations in the Crypto Market

“Since the start of the ecosystem, 2009, we’ve seen many incredible rises in the price of tokens, followed by very significant corrections. The most recent correction took us back one year, which was 5000x more valuable than when Ether was launched. In that context, it’s not so horrifying. Every one of these rises in price is exponential growth of our ecosystem, so if you look back on the last rise, it looks like a little pimple in the grass.

Every one of these rises in price represents exponential growth. Every one of these cycles brings more interest in our ecosystem. Now, there is much less activity amongst people who are paying attention to the price of these tokens, but there is way more attention among the people building.”

Where Ethereum Will Be in 5 years

“Currently, the economy is 80 trillion dollars. When blockchain fully ramifies in 10–15 years, the economy will probably be 10 times larger, and blockchain will probably be a significant part of that. In dollar terms, it’s a lot! We think this technology allows people to build collaboratively and not competitively. Blockchain enables the automation of trust and guaranteed execution of agreements. What industries need trust and agreements? All of them.”

“Ethereum can currently handle between 14–27 transactions per second. You can’t run a global IT infrastructure with that alone. What we see Ethereum as is the base trust layer. Layer Two is the scalability layer that enables point-to-point transactions to networks that may be more centralized, but get most of their trust from linking to the base Ethereum layer. If you’re running an exchange or a game — and this is already happening — you can plug it into a much faster network: Plasma, Loom Network, technologies that allow up to 65,000 transactions per second.

Layer 2 scalability is here already, and it’s making blockchain very useful. In Layer 2 over the next 18–24 months, we’ll probably have millions of transactions per second.”

“Ethereum 2.0 is coming. It’s 18–24 months away. The work is going incredibly well, there are 8 teams working on it over 4 phases. We expect a testnet to be up in 4 months. This Ethereum base layer upon which we’ll continue to build is going to expand by at least 1000 fold within 2 years, and will continue to do so. For now, Ethereum is the only game in town where you can build on a second layer.

The heartbeat of Ethereum 2.0, a beacon chain, will enable all the validation power of Ethereum to be applied to a thousand different blockchain networks. It makes it so that all those different shards of Ethereum are equally protected. We’re moving to a system that uses barely any electricity, doesn’t benefit from efficiencies of scale, and has a very low barrier for entry. In 18–24 months from now, we’ll have a blockchain system that is much more powerful and uses an order of magnitude less power to achieve.”

On Interoperability and Competition

“We felt like this is such a profound tech that it should permeate all things, and not only should we just focus on building out the public infrastructure, but we should work with different organizations to understand the tech and build new business models, have some people leave those institutions and come over to our space. I think the fact that many of these organizations [like Facebook and JP Morgan] are moving in this way is a great thing.

Once you see this technology, it’s so powerful that you start seeing things differently. If we don’t bring in the rest of the world, I think we’ve failed. I think the world will start to collaborate more with better systems, and that’s what we’re trying to build.”