Deloitte: 95% of Companies Surveyed Are Investing in Blockchain Tech 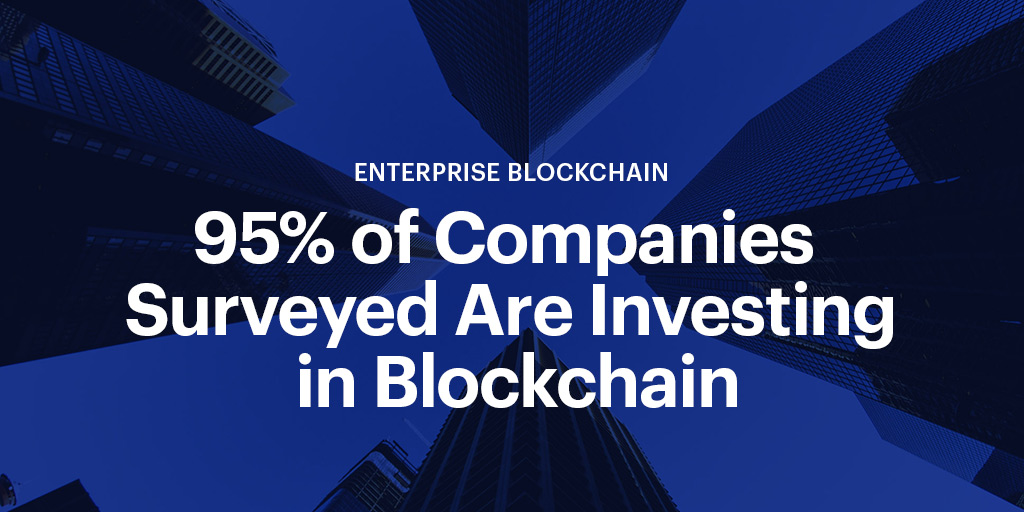 Deloitte recently released its 2018 global blockchain survey, titled Breaking Blockchain Open, and the report offers valuable insight about how businesses around the world are implementing distributed networks and blockchain technology.

Over 1,000 ‘blockchain-savvy executives’ from a range of industries and professions were queried for the survey, and the results present a very encouraging picture of enterprise adoption of blockchain tech. Further, as a global survey, the report provides data on adoption trends in different nations, and highlights which markets and sectors are taking the lead in 2019.

“While blockchain is not quite ready for primetime, it is getting closer to its breakout moment every day,” the report states. “Momentum is shifting from a focus on learning and exploring the potential of the technology to identifying and building practical business applications.”

You can read the entirety of Deloitte’s Global Blockchain Survey for 2018, or check out some of the most salient findings below.

95% surveyed stated their company plans to invest in blockchain tech this year.

65% of respondents reported that their organization will invest $1 million or more in blockchain technology in the coming year.

84% expect blockchain to provide more security than conventional IT systems.

Only 2% perceive no significant advantage of blockchain over existing systems.

43% surveyed view blockchain as a critical strategic priority for their organization, 29% as important.

4% of those queried do not see blockchain as a strategic priority.

Regulatory issues present the greatest barrier to further investment, according to 39% of those queried, while 37% are more concerned with implementation.

45% of companies are considered to be likely to join a blockchain consortium with competitors.

29% already participate in one.

52% of companies are focused on permissioned blockchain models, while 44% are prioritizing public and private blockchain networks respectively.

Digital records (44%) and digital currency (41%) follow as primary use cases.

The United States is lagging behind other nations like China, Canada, and Germany in blockchain development.

China (49%) and Mexico (48%) lead the way with blockchain implementation currently in production.

China has a sizable head start in hiring for blockchain-related positions, with 86% of companies already acquiring talent.

The United States falls last in hiring prospectives, with 36% of reporting companies unsure or with no plans.

Explore industry use cases and applications →