Joe Lubin Answers the Question, “Who Is an Ethereum Developer?” 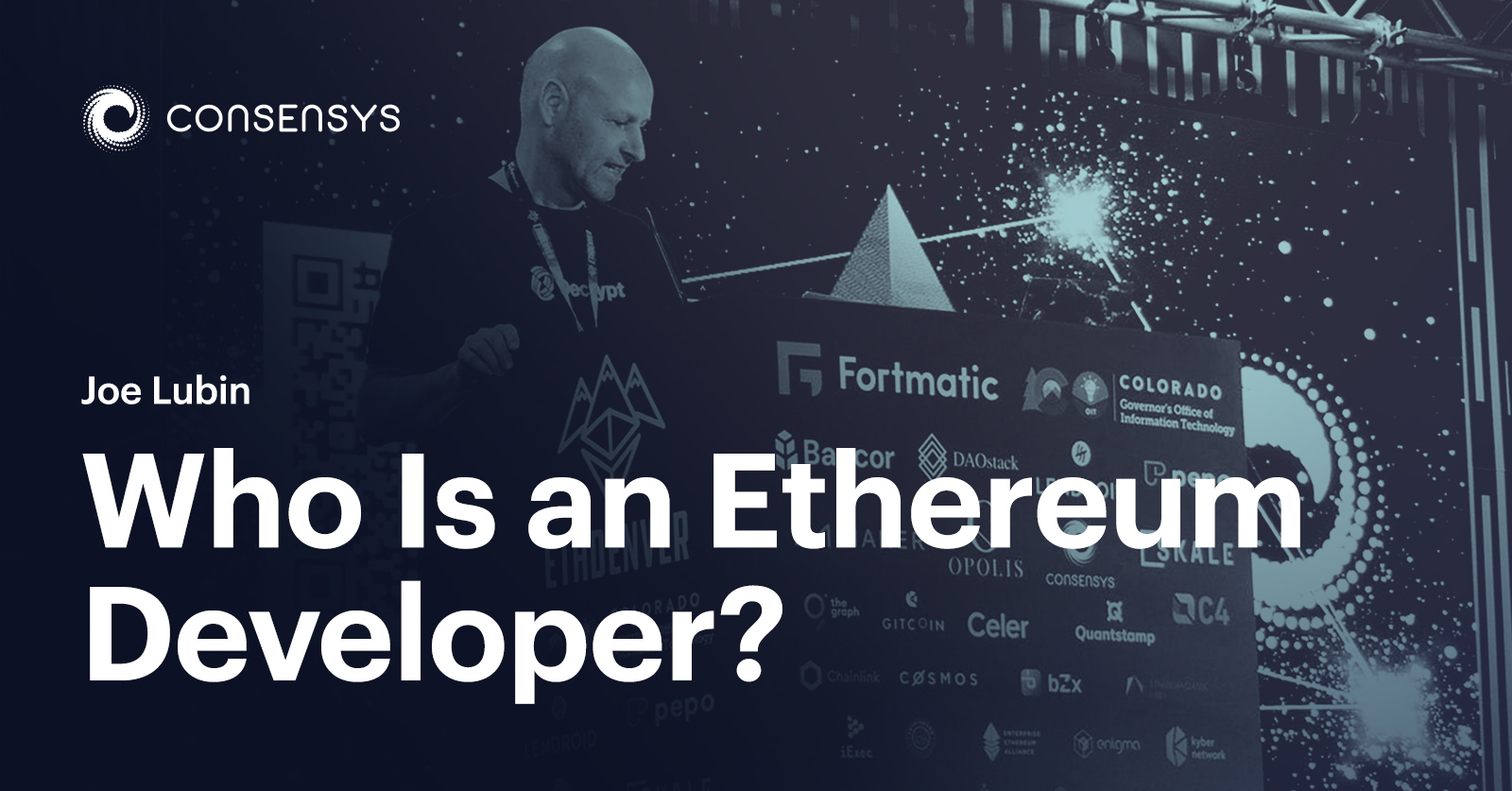 At the ETHDenver hackathon and community event last week, I shared with the hackers a question we’ve been thinking about since Devcon V, where I challenged our ecosystem to grow to one million developers building on Ethereum: who is an Ethereum developer?

About a third of the attendees in Denver were new to blockchain, so my ConsenSys colleagues and I wanted to make them feel welcome, share knowledge, and show a clear path into our community. At ConsenSys we have lots of Ethereum or Web3 developers. And recently––in the context of driving towards one million Ethereum devs––we’ve been trying to come up with a definition of exactly what an Ethereum developer is.

A Python developer uses the Python programming language and tool chain most of the time to develop what she wants for platforms that are relevant to her application domain. She might also call herself an AI developer if that is her problem domain.

Ethereum’s superpower is its developer and evangelist community––the largest, most vibrant and probably most friendly in the blockchain space. Many of us have chosen to spend our careers, our nights and weekends, building with decentralized protocol technologies because we believe we are paving the next steps toward a better web, a more economically and politically empowered global citizenry, and a healthier means to collaborate on a new trust foundation. That long term goal and vision very much begins at events like ETHDenver, with a bunch of coders figuring out how to solve problems. An ecosystem grows in the same way a decentralized network does: node by node, peer by peer, connection by connection, friend by friend.

But what does it actually mean to have a million people working on the Ethereum platform? It’s not just about funded projects and full time blockchain engineers: hackers, students, Web2 developers integrating elements of Ethereum into their existing work are also Ethereum devs. The more inclusive, frictionless blockchain-based systems we are all trying to build will be emergent. They will take shape incrementally, via bridges between legacy systems and new pathways, via small experiments and inspired hacks.

So, perhaps we should think bigger about who is an Ethereum developer?

So who is an Ethereum developer? It’s you, of course.

Whatever your skill set, whatever your experience level, my ConsenSys colleagues and many other excellent teams in the Ethereum community are working to make it easy and empowering for all. From the Infura infrastructure to the MetaMask wallet, Truffle libraries to 3Box identities to uPort’s data management SDKs to our on-demand blockchain developer program, we’re here to get you started. Be one in a million.

Get our latest tools, webinars, guides, and more straight to your inbox.
Subscribe now
DeFiMetaMask
Newsletter