NFTs surged in popularity in 2021, with around 26.8 million wallets trading NFT last year alone - up from 545,000 in 2020. Some of the most successful projects are growing their ecosystems through the use of token rewards and community-focussed privileges. Let’s dive into the projects doing it best.
by Laurence Smith, David ShuttleworthApril 22, 2022
Posted on April 22, 2022

The landscape and functionality of NFTs has shifted considerably over the last few months. We have witnessed the transformation of 2D and 3D randomly generated pieces of art that were intrinsically valuable because of their uniqueness, aesthetic, or the social signal they conveyed to something much larger and impactful. NFTs have become the pillars by which entire communities and ecosystems are built.

We are now in a place where builders can develop fully-functional, self-sustaining economies around NFT projects. These environments are no longer constrained to simply buying and selling pieces of digital art, but now can extend into metaverse-based ecosystems that create holistic virtual gaming and commerce economies with real money. Many NFT projects have evolved to include palpable incentives to ensure that holders keep their asset, mitigating the downward pressure of selling and the problem of illiquidity that most NFTs have faced in the past. These new forms of digital currency connected by brand and community help sustain and solidify native NFT ecosystems, as well as opening the community doors to non-NFT holders. Ultimately, primary issuance should not be exit liquidity: it is a representation you make to your community and constituents that you will deliver future value.

We’ll dive into the tokenomics of four NFT projects who’ve been leading innovation within the sector. These are the Bored Ape Yacht Club (BAYC) and the ApeCoin, Moonbirds and their nesting functionality, CyberKongz and their bananas, and Cool Cats and their milk!

NFT juggernaut Bored Ape Yacht Club, created by Yuga Labs, has grown to be one of the most sought after collections in the space. The collection includes the original Bored Apes, the Bored Ape Kennel Club, and the Mutant variants of both – with conservative estimates valuing the total collection at $3B. The key to their success? Building a culture and narrative around the brand that has enticed millions, including celebrities from Neymar to Justin Bieber. More recently, Yuga Labs raised $450MM at a $4B valuation in March. 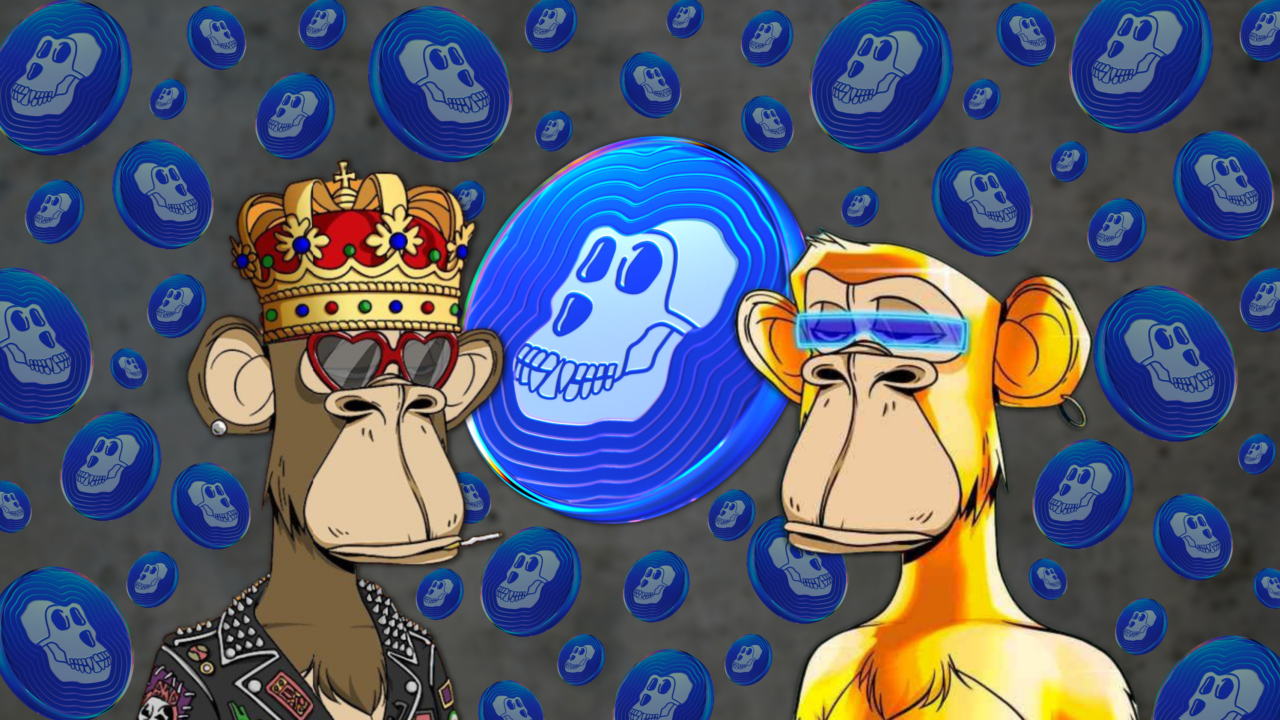 And with that comes the introduction of the ApeCoin. Yuga Labs kicked off the initiative by gifting a 1 of 1 NFT to the Ape Foundation, a legal entity that exists to administer the decisions of the ApeCoin DAO and acts as the steward of ApeCoin. The ApeCoin DAO itself is governed by ApeCoin token holders and will make decisions regarding Ecosystem Fund allocations, governance rules, projects, and partnerships, among others.

Broadly speaking the ApeCoin is an ERC-20 token for gaming, commerce and culture. It serves the following purposes:

In a broader context the project is looking to be the go to place for gaming and culture in Web3. ApeCoin is fundamental in this vision, acting as more than just a currency and governance token by providing access to the thriving community.

There is a fixed supply of 1 billion ApeCoin tokens, with no minting capability exposed through the contract interface. Equally, the contract interface does not allow for token burning. A portion of the tokens given to contributors of the project will initially be locked and will gradually unlock over a period of 48 months, starting on March 17, 2022.

Tokens are split with 62% going to the Ecosystem fund, which includes an airdrop of 15% of the supply to BAYC/MAYC NFT holders, 15% to the Yuga Labs team, 1% to the Jane Goodall Legacy Foundation (virtual apes help real apes), 14% to launch contributors, and 8% to the BAYC founders.

Moonbirds launched on April 15th of this year and is a collection of 10,000 profile picture (PFP) NFTs developed by PROOF that have built-in functionality both within and beyond Web3. Aside from their attractive aesthetic, Moonbirds are quite interesting in that they act as utility-enabled NFTs and not just a stationary piece of digital art. For instance, Moonbirds gives users exclusive membership to a social club and real world “airdrops” of limited edition merchandise such as Moonbirds-embroidered hoodies, but also provides staking rewards, access to PROOF’s metaverse community, as well as potential token airdrops. So there is both intrinsic and active value in owning them.

While the exact utility function of the NFT has not been made public, holding the NFT and “nesting” it will give users additional rewards that are boosted over time. Moreover, unlike other NFTs, Moonbirds are a bit novel in that owners also are entitled ownership of the intellectual property associated with Moonbirds. So there is an added layer of potential revenue stream simply by owning the NFT.  Again, the details are not fully fleshed out, but the opportunity is massive.

CyberKongz were originally launched in March 2021 as randomly generated 2D NFTs. During the genesis mint, 1000 unique CyberKongz were created. Shortly after, these genesis mints were then upgraded to include additional functionality. Starting in April 2021, genesis mints could be migrated to support a token emission schedule. This is particularly interesting in many ways. The built-in token emission schedule enables a pathway to further develop the CyberKongz ecosystem and distribute its native token, $BANANA, in a very systematic way. It also sets the stage for implementing a long-term, purposeful plan to carefully mint additional NFTs without diluting the value proposition or functionality of the genesis versions. Finally, it helps to create a close-looped economy as well as shift the ecosystem into a more gamified design where NFT holders can use native tokens to participate in quests and earn rewards. Ultimately, the scope of CyberKongz transformed from a 2D collectible into a flourishing, self-sustainable ecosystem building tool.

Emissions last 10 years and produce 10 $BANANA per day. So mechanistically each of the genesis mints function as a revenue stream for the user. Collectively the genesis NFTs will emit 3,650,000 $BANANA over a 10 year span.

$BANANA is the native token of the CyberKongz ecosystem and functions primarily as a utility and governance token. It has a variety of applications, such as customising and upgrading CyberKongz NFT, participating in stake-to-play initiatives, and can be used to mint additional NFTs. In terms of governance, token holders can vote on different proposals such as fee parameters and ecosystem grant distributions. At current the price of $9.50/$BANANA, the genesis NFTs serve as a revenue stream of $95 per day or $34,675 per year simply for holding it.

Banana also has a very novel function as they enable genesis NFT holders to influence the distribution schedule of additional NFTs within the ecosystem. By spending 600 $BANANA, users can mint a new class of NFT, Baby Kongz, by breeding two Genesis Kongz. These are limited to 4,000 and can be customised further using $BANANA tokens (e.g. changing the name). Baby CyberKongz are cute versions of the Genesis Kongz you already know, but with 40+ new amazing traits mixed in. Babies neither have the ability to yield $BANANA, nor the ability to breed, but they love eating $BANANA to get their name and bio changed! Trait rarity for Baby Kongz is modelled after genesis rarity, but subject to random distribution and can only be fully calculated once all 4000 Baby CyberKongz have been minted. An additional 15,000 VX CyberKongz were created to be deployed throughout the metaverse on platforms such as Sandbox.

Cool Cats originally launched in July 2021 as a set of 9,999 randomly generated NFTs composed of over 300,000 possible assets along with 8 different tiers and varying rarity. Aside from their clean design and whimsical aesthetic, part of the appeal of holding a Cool Cat is that it unlocks a host of additional benefits, including passive token rewards, airdrops, access to gamified events, as well as the opportunity to mint additional NFTs. So what started as simply an NFT transformed into a fully immersive experience with real world benefits.

All genesis Cool Cats NFT generate daily $MILK rewards, the ecosystem’s native utility token. These tokens can be used for a variety of purposes such as participating in rewards-based quests and purchasing loot crates which contain items to upgrade NFTs. Cooltopia is the ecosystem in which Cool Cats and associated NFTs can interact. Each Cool Cat yields a baseline of 1,000 $MILK per day, with some generating more than others depending upon the NFT’s tier, with the highest daily yield being 1,450 $MILK. At the current price of $0.07/$MILK, this means that a Cool Cats owner can earn between $70 – $101.5 per day for a total between $25,550 – $37,047.5 per year simply by holding the NFT and without engaging in any other bonus reward activities.

What started as a simple randomly generated NFT has transformed into a gamified user experience, a yield generating token, and other benefits such as exclusive access to events and other airdrops along with its own unique lore. Cool Pets launched as sort of a derivative NFT of genesis Cool Cats. All Cool Cat NFT owners can claim a Cool Pet NFT. There was also a minting allocation accessible for the public. In total, there are 19,999 Cool Pets. Part of the core function of the Cool Pets NFT is that it presents another way to earn $MILK rewards. Owners can engage in quests to earn $MILK and bonus items or they can simply stake their NFT once it’s fully leveled up to earn passive $MILK rewards.

One other cool piece of functionality is that users can stake their Cool Pets to earn additional token rewards. There’s also a lending marketplace being developed in which a user can lend out their NFT to other users in order to complete a task or quest and in turn earn token fees.

Cryptofunds, market makers, and trading desks can interact with these DeFi protocols with MetaMask Institutional

MetaMask Institutional offers unrivalled access to the DeFi ecosystem without compromising on institution-required security, operational efficiency, or compliance. We enable funds to trade, stake, borrow, lend, invest, and interact with over 17,000 DeFi protocols and applications.

Return to the Cryptoeconomic Research Library

Disclaimer: ConsenSys Software Inc. is not a registered or licensed advisor or broker.  This report is for general informational purposes only.  It does not constitute or contain any individual investment advice and is made without any regard to the recipient’s objectives, financial situation, or means.  It is not an offer to buy or sell, or a solicitation of any offer to buy, any token or other investment, nor is it intended to be used for marketing purposes to anyone in any jurisdiction.  ConsenSys does not intend for any person or entity to rely on any facts, opinions, or ideas, and any financial or economic commentary expressed in this report may not be relied upon.  ConsenSys makes no representations as to the accuracy, completeness, or timeliness of the information or opinions in this report and, along with its employees, does not assume any responsibility for any loss to any person or entity that may result from any act or omission based upon this report.  This report is subject to correction, completion, and amendment without notice; however, ConsenSys has no obligation to do so.